Top 50 from the year I graduated high school

1993, baby!!
Truth of the matter is, I didn't listen to the radio much in high school, or for a while afterwards. There wasn't a lot that got me by the collar. And I was getting deep into some really good, underground, but Christian stuff. I had already known for a few years about Steve Taylor, but about this time Brainstorm Records was releasing some of the best records I had ever heard in my life. No joking. Adam Again's Dig is still my personal favorite record. Daniel Amos recorded the Beach Boys / Beatles-influenced Motor Cycle, the 77's finally had a terrific album out called Pray Naked (we will not talk about the controversy that generated with the Christian record distributors). And radio was doing what radio's generally best at, pap.

1. I Will Always Love You, Whitney Houston
I used to be a big pop junkie. I loved sentimental crap like this. Honestly, I don't think I've changed too much, except I don't care for
2. Whoomp! (There It Is), Tag Team 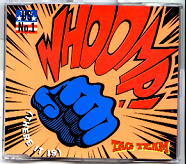 Hey, my t-shirt!
3. Can't Help Falling In Love, UB40
Who better to refashion classic pop into raggae? Heck, my first versions of quite a few songs were by UB40.
4. That's The Way Love Goes, Janet Jackson
Ok, was this from Rhythm Nation? Didn't care as much for that album. "My name is Janet. Jackson if you're nasty."
5. Freak, Silk
?? Ok, I lied. I like pop music. But, honestly, I don't know everything. Or even near it.
6. Weak, SWV
Sisters With Voices. Always got 'em confused with N***** with Attitude and Single White Female. I think they were somewhere in the middle.
7. If I Ever Fall In Love, Shai
OK.
8. Dreamlover, Mariah Carey

Honestly. Help me out here. I know it had some high notes in there somewhere.
9. Rump Shaker, Wreckx-N-Effect
That was on my list for years and years. Especially in my work as a janitor. "Make you vacuum." Riley was the stuff. He not only practically invented New Jack, he also helped to forge
10. Informer, Snow
??
11. Nuthin' But A "G" Thang, Dr. Dre
Yes, the beginning of the end of the great hip hop era.
12. In The Still Of The Nite, Boyz II Men
Yeah, buddy. Man, one of the greatest songs of all time. And they did it right.
13. Don't Walk Away, Jade
14. Knockin' Da Boots, H-Town
R. Kelly's really taken pop-r&b up some levels in maturity, ain't he?
15. Lately, Jodeci
Jodeci? Oh, wow. They've always been under my radar. I'm such a putz.
16. Dazzey Duks, Duice
Brought 'em back to the populace.
17. Show Me Love, Robin S.
Is this that "What is love" techno song?
18. A Whole New World, Peabo Bryson and Regina Belle
Oh, wait. This was Disney Soundtrack magic. Ick! Sorry, ladies. Don't care for this either.
19. If, Janet Jackson
Seriously, I'd post a picture. But she just looks TOO much like Michael.
20. I'm So Into You, SWV
You know, if I heard these songs on those commercials for compilations, I would instantly recognize them. Alas...
21. Love Is, Vanessa Willlams and Brian Mcknight
I wonder how many of these tracks BabyFace produced?
22. Runaway Train, Soul Asylum
The funny thing is, almost every one of these songs would be classified as Urban/R&B/Rap. This may be the lone exception - with the possibility of UB40. But neither track would be classified as rock, really. Now, of course, I've noticed that 'country' is hitting the charts. My question is, if the Contemporary Christian Music market lags behind the general market by about 5-10 years, then why are they taking their sweet time on changing their formats? There's definitely enough high quality
23. I'll Never Get Over You (Getting Over Me), Expose
24. Ditty, Paperboy
25. Rhythm Is A Dancer, Snap
Yep. Compilation.

26. The River Of Dreams, Billy Joel
OK. Confession. Loved this crack.
27. I'm Gonna Be (500 Miles), Proclaimers
OK. Confession. Still love and pogo to this track.
28. Two Princes, Spin Doctors
Yeah, I used to love this pablum. Still a bit of a guilty pleasure.
29. Right Here (Human Nature)-Downtown, SWV
I guess they weren't 1 Hit Wonders. Hmmm... Wha' happened?
30. I Have Nothing, Whitney Houston
Right with ya, Whitney. But I ain't following your lead, girl. 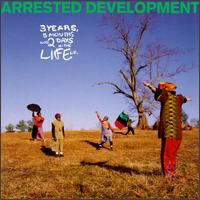 31. Mr. Wendal, Arrested Development
Yesssss!!! Dang cursed gangsta rap.
32. Have I Told You Lately, Rod Stewart
'Til we have Faces...
33. Saving Forever For You, Shanice
34. Ordinary World, Duran Duran
What? They hadn't OD'd on coke by now.