After the weeper that was the "Shelter from the Storm" (apparently, not from the old hymn, but from the Credence Clearwater Revival song that Garth Brooks managed to mangle, but only after Dave Grohl and the Foo Fighters tried their hand at a similarly uninspired read from the same band. The names of the respective songs escape me. But what was Robert Randolph doing in the background for the Dixie Chicks and their lame and irrelevant politics?), I started flipping around the idiot box. Yes, Friday nights alright for idiot-ing at the Cheek house.

I briefly stopped at another awards show long enough to find that it's called "Fashion Rocks." The name is a misnomer. It's like how Christian radio used to (if it doesn't now) mute the guitar parts. The first act was DC, who promptly performed a strippers medley in maternity wear. But I could barely hear what they were singing. Or the music. CBS used to be the geezer station, right? Are they still worried about suffering someone's eardrums? Because if they are, they should've lowered Beyonce's level to Michelle Williams and whatsherfaces combined levels. Must have been a big mistake by some rookie to actually put Ms. Knowles-Z's voice all the way in the front, no? 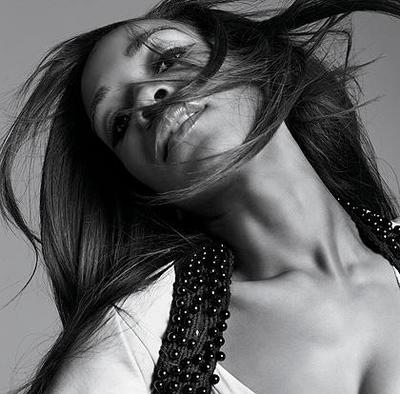 Yes, another one. Before long I'll have my own lame Michelle Williams page and there's nothing you healthier nerds can do about it.
Somebody gave David Bowie a black eye and apparently left him shaken. Like to meet that sissy who has no respect for effeminate, miming unbelievably gifted songwriters.
Then again, it was probably just another stunt. What an artist.

Time may change me... indeed. It's a losing battle.
Written by jasdye at 9:40 PM