Where the Oscars should go

A site called Worth1000.com had a contest to submit fake movie posters of amalgamated movies that contestants would merge or meld from two into one. I'm not explaining this well, which is why I guess they say a picture is worth a thousand...

But, does it say something about me that of the one hundred or so pix, my favorites - on a gut-level - are the following: 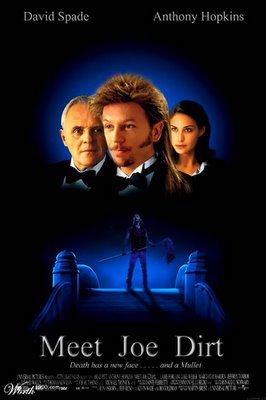 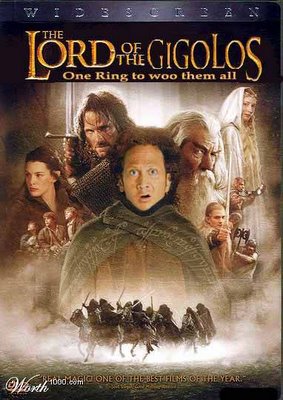 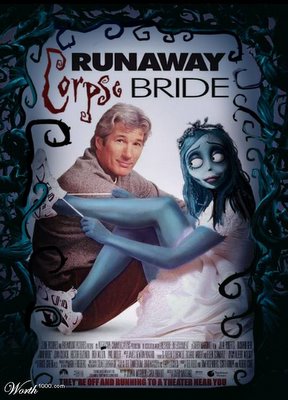 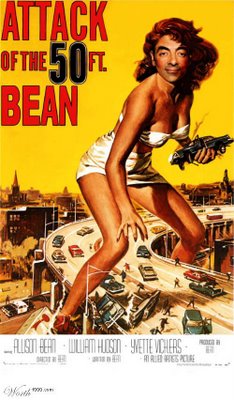 Is Banner Man gonna be there? 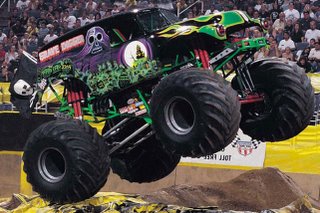 Oh, the sweet subtlety of irony

Because sometimes, blurbs is all that will come out.

Remember, you're here to serve and learn. You should be doing some more learning.

A small black church across the street from my old grade school in my neighborhood was approached one day by strangers in suits. These suits represented a large, Protestant, American and white denomination. The denomination has in recent years try to find a presence within the urbana. The denomination also owns the building within which the church was meeting. The suits informed the pastor, with no uncertain terms, that they had to vacate the property, the denomination was moving in. So the church was shut down so that - how shall we say this - carpet-baggers can move in and handle ministry in the area. It was from that point that we knew that if we saw a large group of white people (usually teens) in our neighborhood, we knew where they were coming from. The denomination's presence in the city (remember, they neither asked for nor received assistance from the locals) was fairly short-lived, despite seemingly bottomless resources. Maybe I should tell this story to this, um, uninformed brother.

Some time ago, my friend Adam was opining about how some white christians were praising stereotypical depictions of black Christians in Church movies (as in, The Gospel and the Medea franchise). I think I might be more susceptible to seeing his pov on this. In his closing comments on his review of The Second Chance, Dr. Newman, the president of MovieMinistry.com, says:

Themes of racial reconciliation can make for great film. Glory Road was a good example of a movie of this type. But when movies focus on church politics we cannot expect that many people outside the church will want to see such fare. And even if a few do, will they come away with the right message?

Excuse me? Glory Road? Speaking of message movies! Right, the heroic white coach and staff would lay down their reputation to lay waste to racism on the basketball court? Please! Even the coach acknowleges that this was a dramatic embellishment - he put out an all-black starting lineup (the first for a South D I school, btw, not for an American school, as is suggested by the movie).

But Newman's main point against the movie is in the airing of dirty laundry (the same issue is addressed by William Mangus at Christian Spotlight, but he doesn't go into detail here) . The problem to concentrate on, his talking points seem to insist, isn't the need of urban ministry and the neglect of the subrban church to become incarnately involved (as listeners and learners first), but it's that the filmmakers have the audacity to put a megachurches shortcomings in this area "on blast," as my students would put it. The man needs to take a page from Ethan, and serve and learn. The Second Chance - despite not being the mainstream movie most of us would've wanted - was true to life. Seriously, church, we should stop worrying about non-Christians seeing us attack racism and the status quo within the church. Isn't that what we should be doing? Aren't we supposed to not keep secrets?

Written by jasdye at 7:28 PM No comments:

By the Hammer of Thor!

I usually save my religious ire for the new religions and spiritual trends. Anything less than a thousand years old, I think, is just not worthy to be taken seriously. Islam, Christianity and Judaism all have their roots going back thousands upon thousands of years in monotheism and have been firmly established, so that any large variations on them are absurd, yet sad ("I, too, can become a god? Where do I sign up?"). I don't think it's necessary to name names, so I won't.

Now, having said that and understanding that the myths of old are remnants of practiced religion (whether it be Greek, Roman, Australian, Chinese, Scandinavian, Mayan, etc.), I still have to say, is this guy for real?

Space amounts to friction
the further moments allowing for
existence not being the same as
what we came here for.


Grace is not a construction
it's as real as the air

that leaves us lonely,
howling at the dirty moon
reciting songs of songs
about dreamers looking for
(and never finding)
their lovers.

Place can't leave us restricted -
time will tell
if no one else will
Written by jasdye at 5:24 PM 1 comment:

So, the big question on everybody's mind is, is The Second Chance better than The Gospel? Hell yes!

The Second Chance - good news - is probably the best movie of its type that I've ever seen. The bad news is, the competition for overtly Christian movies is weak at best, and generally severely restrictive.

The acting is fine, the directing is fine (capable, according to the NY Times), the writing had some sharp dialogue but few surprises (although I don't want to suggest that it was cliched. It really had some poignant lines, including, "I'm not a social worker!" - delivered by the white associate pastor [Ethan, played by Michael W. Smith] as he was being sent down to work in the black urban church). The best review that I found was written by Peter T. Chattaway, whom, if memory serves me (and it sometimes does) is a fellow Steve Taylor fanatic. Chattaway notes that Taylor's film - although not as quirky or funny as Taylor-heads would love to imagine that it would be - does bring about some interesting questions, notably why the black, inner-city pastor is rarely questioned by the film for his bits of righteous indignation. A not entirely smooth transition is made in a sermon between Malcolm X's "Plymouth Rock statement" and his new faith of the Rock that doesn't shift, even as buildings and loyalties do. 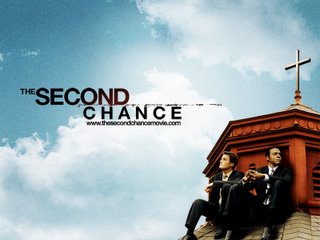 Another interesting thing I thought was how some of the youth from my church reacted to the dispositions of the three pastors. Much like myself, these young'uns grew up in the church. And much like myself at their age, they see everything within the church as black & white, right or wrong. So the pastors, in their minds, because they struggled and did things that a pastor shouldn't do (throw gangbangers up against a gate, for instance. Swear. Stand idly by as others dictate the direction of the church. Wear Gucci.) were hypocrites. But as I got to reflect on that, I thought, "That's nice, the pastors are real people, with real struggles." Not deep in despair, not brooding with doubt or secret lives. Not happy-go-lucky with all of the answers. Not simple or simplistic. Real people with real issues and convictions and fears. Just like the pastors I know in real life. And everybody else.

Oh, yeah. And there's an added bonus with an LA Symphony (w/ Pigeon John guesting) song in the background during a scene (although it would've been mad cool if some dookie-fly b-boy was breakdancing to it in his Addidas and a large ghetto blaster).
Written by jasdye at 3:10 PM 10 comments:

I was getting set to watch "The Office" and "My Name Is Earl." And then they pre-empted that for some stupid ice sports.

Oh, I'm sorry, did that just bore you? Now you know how NBC makes me feel every four years. Literally legendary, ancient and worldwide athletic spectacle reduced to lameness-on-ice. 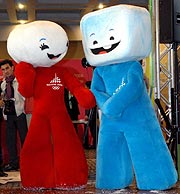 How about these Nelly Teletubbies?
Written by jasdye at 10:18 PM 7 comments:

Because not every superhero wears tights: Bannerman!

I'm pretty excited about The Second Chance, a deliberately Church-y (and yet, high-quality and relevant) movie from Steve Taylor (a 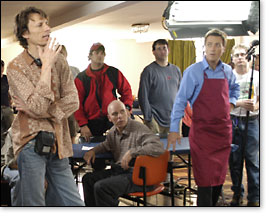 sometimes bitingly sarcastic - but generally socially aware - CCM New Waver from the eighties who, among other accomplishments, produced Sixpence None the Richer's breakout disc, co-produced and co-wrote the Newsboys best stuff, and was set to release LA Symphony to mass acclaim before the higher-ups got greedy). The reasons for my excitement are two-fold. First, Taylor is an idol of mine and has been since the late eighties, when I first heard/saw his antics (he broke his leg jumping into the crowd long before crowd-surfing was popular. Hence, the broken leg). Second, have you seen The Gospel? A chance for a decent movie to come along to redeem movies about the church is a good thing, I say.

(Thanks to www.myspace.com/jesusisforlosers for the pic, which I believe they stole from somewhere else. As if I never stole...)

In honor of his feature-length directorial debut, some more lyrics from Christian "troublemaker" Steve Taylor:

One man's grinning from behind the net
Waits 'til the camera's adjusted
Don't you worry 'bout the flak you'll get?
Aren't you scared of getting busted?
The ball gets booted
It hits the crossbeam
Up goes the banner "JOHN 3:16"

Thanks to Leoslyrics.com for the words.

Written by jasdye at 6:23 PM No comments:

In honor of this semi-holiday (meaning I really don't know which holiday it is, just that I get off today for some president or something or another. Thank you, dead prez.), some more pieces of random memorability:

Seattle's disappointing loss, How I overcame the flu and lived to tell about it, etc.