I rarely ever travel, partially out of a kind of urban working class snobbishness borne equal parts sincere belief that the world comes to my city, resentment from obnoxious bottle blonde yuppie conversations about luxurious and ego-centric travels to third world countries, and the generational Curse of the Empty Wallet. So on the rare occurrence that I can get some bang for my travel bucks, I am a happy tourist.

I was in a South American metropolis when I learned that great ambitions are blinded by privilege. We arrived with a group of good friends from our church. Medellìn is probably the most beautiful city I have ever seen. The entire town is a valley, nestled up in the mountains and resting on the equator; every viewpoint is a camera's wet dream and the weather, an eternal spring. But the shanty-towns on the higher edges of town - a result of the heavy toll of the war between the narco-communists FARC and the paramilitaries planted and supported by the pro-capitalist current president and his allies - and rampant economic disparity were a blemish on the city as well as the country.

To its credit, when the town elders put up a cable car transit system and noticed the shanty towns in their line of view, they decided to do something about it. A pair of sisters we met were personally affected by the decisions to close those barrios by giving education, permanent homes, and jobs to their families. And the denomination and its stationed missionaries we were with - a fairly progressive and mostly Evangelical - were doing some wonderful things in the city - sponsoring schools, giving safe havens to children and young adults.

Yet despite their social justice components, the missionaries live in a gated community in one of the ritzier parts of town. They are secluded and separated from the vast majority of the very locals that they are seeking to serve. Additionally, there was a definite Upstairs/Downstairs vibe with the "help".

I can't fully blame the missionaries, however. They are merely following guidelines and protocols set by their missionary boards - and nearly every other missionary board (at least among Protestants) before and since then - and by the dominant society (it's not just White Americans and the British who yell at their servants to keep them in their place). And I'm absolutely positive that they must have struggled deeply with these decisions. As for myself, I would do my damndest to protect my darling daughter (all the more as she's blond, white, and female. Colombia has a high kidnapping rate for both extortion and "white" slavery), so I personally can't blame a family that wants and attains that level of protection.

Yet, this one situation is a picture of an endemic system of pride*. Pride is an understanding of myself as being set apart or better than my neighbors. Pride says that we are worthy of the trappings of greed, gluttony, lust. And the sin of pride is both individual and societal. It is a sin - potentially grave, potentially silly - when done by the person. 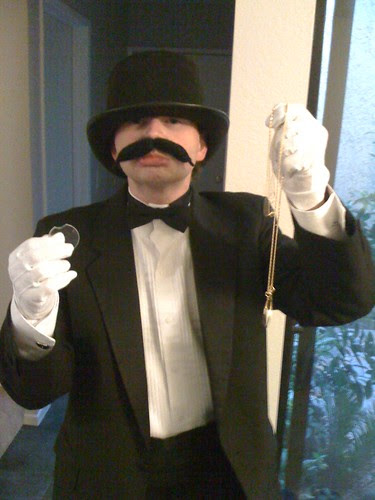 It is absolutely grave when done by a society or community. Because then it is done against others.

The bible lists pride as one of the biggies. Look in most lists of the things of this world and you will see pride as a central component.

Pride is also a dangerous illusion. It's that one is wise enough on one's own, that one knows . As I mentioned earlier, White males tend to excel at this. We don't try to, it's just a part of how we are trained and prepped. Pride says that when the rest of the world suffers, we don't need to suffer with them because we are above suffering.

Pride's opposing virtue is humility. Humility is often seen as a sort of attitude or disposition, but I'm starting to think that it's a place. It's not so much something that can be ascertained from words or facial expressions, but from the standing of sharing life with the Other.

Humility in the Christian sense is understood in the example of a god not just walking amongst us like a Shakespearean tragedy - willing to spy on us due to some childish inferiority complex - but also as one of us. Suffering as us, hurting as us, crying as we do, moved and hurt as we are, laughing as we do. God, the Christian scriptures assure us, left his throne in heaven to be homeless on earth. Left his privilege in the universe to be murdered by a Superpower State.

God did not consider pride as worthy of God's own self. Then why do mere humans?