These Men Are Bastards, Symbolically Speaking

According to the New York Times:

A U.S. congressional panel approved about $33 billion in cuts over 10 years from food stamp benefits, in a largely symbolic... vote.


This symbolic vote symbolizes what, exactly?

The cuts are expected to die in the Democratic-controlled Senate. But the vote by voice underscored Republicans' preference for domestic spending cuts over defense cuts or tax hikes as they try to avoid automatic cuts that take effect in January. 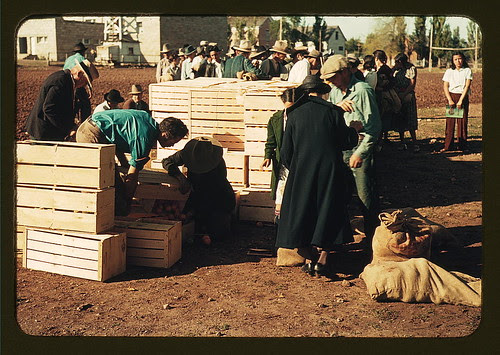 These men are bastards.

Edit:
Except for this. I'm not a Democrat. They're indebted to corporations and warfare as well. But, man, the GOP is really trying to commit us to a GOTV campaign this year, eh? I'll start door-knocking for the Dems if I need to.
Written by jasdye at 10:43 PM