Recently some very prominent Evangelicals endorsed presidential candidate and whorish monster Newt Gingrich. These particular leaders have made some tremendous blunders before, yet they are still seen as figureheads and representative of large swaths of not just older Evangelicals, but of a leading Baptist school as well.

The same Newt Gingrich who consistently spreads false rumors about the president, the same one full of inexhaustible arrogance, the same man who calls union workers and black families lazy, the same one who advocates child labor, the same one who cheated on two wives while they were terminally sick, the same one who pocketed millions from an "advisory role" with Fannie and Freddie, the same one who blames poor people for their own problems, the same man who says there are no positive role models in the barrios or hoods, the same man who likes to spout off ridiculous ideas like colonizing and mining the moon (does he think there's coal or oil there?) and proffers these ideas and obscure/irrelevant historical trivia as some sort of proof of his immense intelligence (and he has the nerve to question anybody else?).

This is who Evangelical institutions like Liberty University want to gather around? This is their Great White Hope?

I think I may know why. Mr. Newt speaks as if he has a lot of authority. He carries himself around as if he were a genius of sorts, a man with the ingenuitive know-how, moral compunction (now that he's a reformed Catholic) and expertise to rescue us from the Great Demon (whether that be Black Protestant Barack Obama or Mormon Mitt Romney). 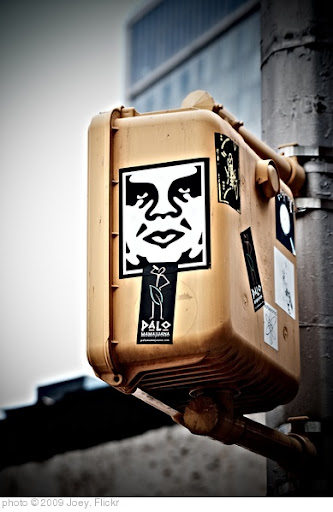 Gingrich carries himself with authority. And he represents a particular brand of cultural politics that conservative Christians have recognized as their own as well. Not that that particular brand of politics is in any way actually biblical or Christ-like (it isn't), but it is authoritative to the core. And Evangelicals love authority.

Which helps to explain why "Pastor" Mark Driscoll is still so popular. After all, he's been known to act less than pastorly. This man likes to brag about how he yells at the men in his church. He asks Facebook friends to point out "anatomically male" worship leaders. Goes on interviews mocking the interviewee's wife for being a pastor. Equates masturbation with homosexuality. Constantly belittles homosexuals - and any person who doesn't live up to his confused standards of what it means to be a man or a woman. Tells story after story about how he sexes up his sexy wife (does the man know no shame?). Is fixated almost exclusively on sex, church "growth", and money - one thing Jesus was decidedly not concerned about and two that were done absolutely opposite during his ministry.

But he speaks with such authority. Not because he actually knows anything. In fact, like many Evangelical and Fundamentalist leaders, he is celebrated explicitly because he doesn't know better. His pride is that he only listens to his interpretation of God's Word. Which is a self-centered and individualized method of reading a holy text meant to be read and understood in community.

Evangelicals like to talk about community. But we tend to practice authoritarianism. Community is when a group of people collaborate in life and, in the process, identify truth and what it means to act out love. What we Evangelicals tend to do is take the words of a few, select (White, Euro-American-centric) men as to what truth is, and as to how we must operate. It's just so much easier to get our marching orders from on high. So much more reassuring, convenient, and safer, right?

The Nuremberg Answer, "I was only following orders," is a pretty neat escape clause.

As if God is about the rules. As if man were made for the Sabbath. As if God's actions were those of a man unsure of himself, who needs constant affirmation and seeks it by belittling those who are different.

But rather, God invites us in. God walks with us and shares with us. God has and continues to break bread with us and weep with us when there is not enough bread. I can't help but think that God weeps for us when we allow these malcontents to rule over us ("like the pagans do," Jesus warned).
Written by jasdye at 8:31 PM