This Dad in Media? 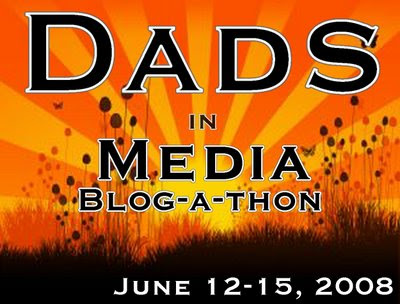 This is a late addition to the Dads-in-Media Blogathon, hosted at RC's Strange Culture site.

But don't take my word for it. 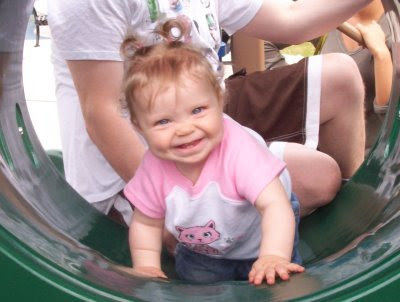 Much more are available at our family blog.
And that's quite a nice thing. Because I am not such a looker. So I live vicariously through her.

Sometimes we go out and people gawk and whisper and aww and laugh and giggle at, with, or to my sweet Jocelyn. And I am the proud papa.

And then every once in a while, I have to question my pride. Or what my pride is based on.

For instance, the other day we went to a festival here in the city. And, once again, a random person looks at Joss and says something to the effect of, "O my. She's so beautiful. God bless her."

I know I sound insulted and frankly patronizing. I shouldn't be. In fact, I'm quite grateful and taken aback every time she is complimented. But this comment automatically - partially because I am cynical - made me revert to its negative. And I said to my wife, with maybe too much audible disgust, "So, if she wasn't beautiful, then what? God d**n her? What if she were ugly?"

I then reassured Joss, tucked away by then in her stroller, that I would love her just the same. That she is my daughter, completely novel to the wily ways of the world, and I am hers to love her and protect her - no matter what.

But that doesn't mean that I'm not guilty of not thinking about capitalizing (exploiting?) her natural beauty and other talents. She is - like her mother and father in the days of their youth (and had we not been corrupted by adult evils, still to this day) - easy-going. That is, unless she is teething. Or sleep-deprived.

Sometimes, she doesn't get her way. She gets hungry. Did I mention that she's cranky when she doesn't get enough sleep, and sometimes that goes hand-in-hand with her teething? We're still trying to recover sleep lost in early January.

But, generally speaking, she is a low-key, low-maintenance baby. And telegenetic. So much so that she should be in advertising.

So we, her humble parents, think.

That brings to mind other words, parts of a culture and lifestyle that admittedly need to remain distant from our lives. Other people like, stage parents. Directors. Stylists. The Ramseys. Other matters like exploitation. Makeup. Baby Beauty Pageants. Stage parents. Other stage parents. All of the other kids in Little Miss Sunshine. Us becoming stage parents.

Sure, we could use the money (considering the possibility that we may actually turn a profit from exploiting our baby, that enough people may want to use her image and pay handsomely for it to make it all worthwhile for the time and energy we would put into it). But it would all go to her for her own future use. And, to be honest, we could use the money now. She eats. We can't watch her and work at the same time. Y'know, stuff like that. College? Both of us paid out of pocket (or are still paying...). Why should she get off easy?

But all that aside, I don't think that I'm ready to be a Gerber Daddy.
Written by jasdye at 2:08 PM