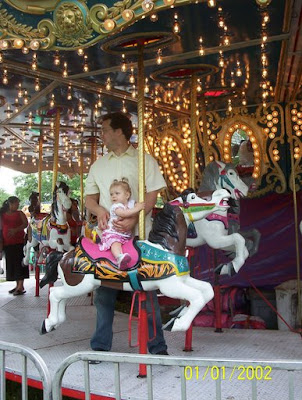 Let us start off with a little story:

Jocelyn has been rather fussy these last few days, largely because her molars are finally starting to come in. So, despite her best fights, screams and - today - clamp-downs on my fingers, I rub her gums down with Baby Orajel as often as I remember before naps and bedtime. I got all four sides of her mouth (her four-sies serve as the dividing line) with no small struggle, of course (did I mention that she nearly bit through my finger?).

Now, I must mention that Jocelyn isn't much of a kisser. She just doesn't show affection in that manner. When we move in to kiss her on the cheeks, she juts her whole neck and head as far away as possible. So, a delightful little change that she's shown recently is initializing the face rub and kiss. It's really cute. When she was younger, I used to have her "bite" (pre-raptor teeth) my nose. This is even more precious on the rare occasions that it happens. So of course I went in for the full kiss. It was sweet. 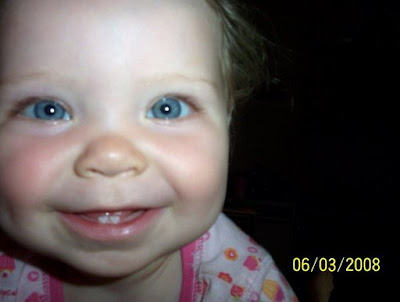 A moment later, I'm calming her down with some juice as she's on my lap. And I notice something on my lip. I pick out my tongue for a taste. It tastes like Dentist Office. While trying not to freak out the baby, I try to wipe the smear, but it's too late. My lips have gone numb.

Now, on to developments: 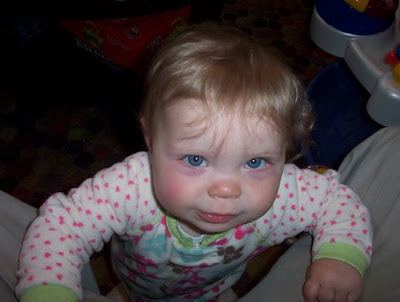 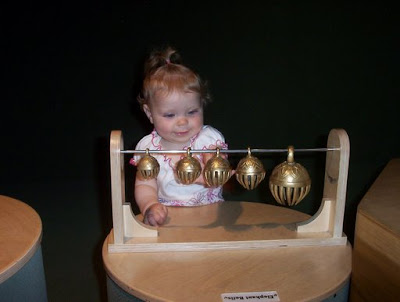 She's been experimenting with standing and walking for the last month and a half now. And although she's not quite able to do either independently just yet, she has made some tremendous strides. For instance, she's able to stand on her own for about ten or so seconds at a time, sometimes more, sometimes less. I think it has a lot to do with fear. We've noticed that when Joss isn't so self-aware, she'll continually stand on her own (she's yet to learn to stand-up without support, but we're confident she'll get there) while freeing up her hands to grasp something else. 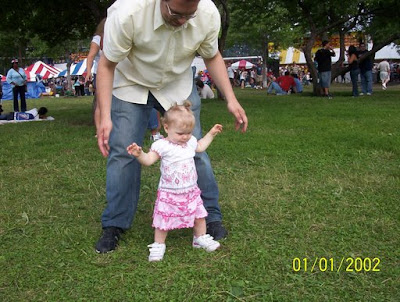 And then she'll realize that she's standing and that that's a bit risky. 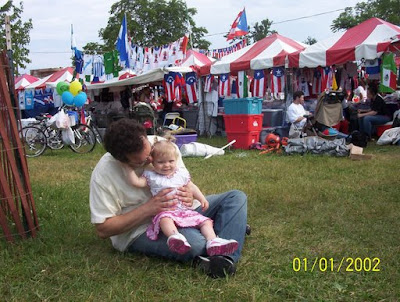 I'm constantly amazed at how she figures to move from one object that is supporting her to another. It's as if Joss does risk assessments and physics problems in her head in a way that would make Big Blue green with envy and give a heart attack to steroid-addled mathematicians. 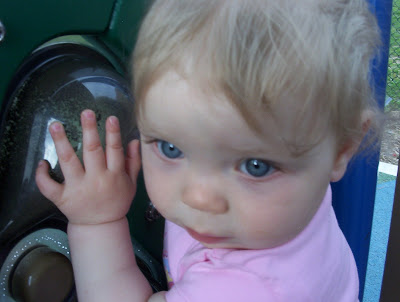 And she climbs. She sometimes climbs down, too. We were at the Field Museum here and going up and down the steps was an adventure for her. It was like Rocky.

Her little laugh-thing now is the shaking of the head. Shake heads with her, it's the cutest and funniest thing in the world. Nod your head every once in a while to keep things interesting. But, if you want to see the most joyous smile in the US, shake your head with our li'l Joss. 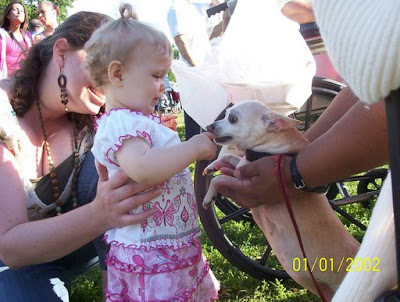 Alas, animal lovers, we ain't getting one. We'll just freeload off our neighbors. 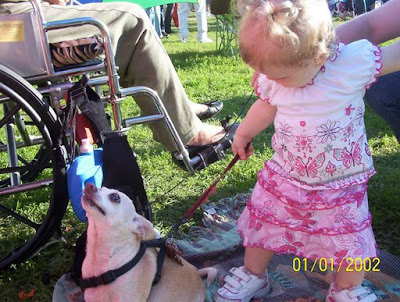