Ignoramis of the world, untie!

Intelligent Design is being argued against by the ignorants.

Guess who gets the most public air?

The op-ed pages are filled with people who have no footings on science, philosophy or certainly religion yet feel a necessity to opine widely on the first and the last in one fell swoop, namely, thus: science has nothing to do with religion nor religion with science. I'm sorry, but that just breathes and breeds ignorami to the extreme. It insists that they are mutually exclusive and that the realm of one cannot overlap with that of the other. That's Docetic and imbecilic. It also very much belongs in the so-called Age of Reason. Yet, there was another half-witted excuse for a letter-to-the editor in the Chicago Tribune today, arguing that very same airless premise. I will post the article (you can find it here) and try to knock some sense into it while speaking in italics.

Religion should not be used to explain science

Clarendon Hills -- I was baptized a Catholic. One day at 10 years old, I asked my mother, "Why are there no dinosaurs mentioned in the Bible?"

She did not have an answer.

Ummm... yeah. "And the Lord smoten the T. Rex with a terrible infliction as he had the Canaanites." Or, maybe the Leviathan, mentioned in Job. How do you expect the Bible, an ancient manuscript, to describe dinosaurs, something only recently discovered and named in Latin, a language much older than modern English yet far younger than ancient Hebrew? 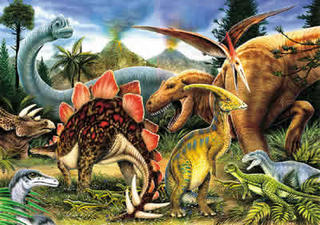 I knew something was terribly wrong.

Because his mother couldn't answer his curious but childish question? That's how empires fall!

I decided then and there that the Bible was probably written by some old guys sitting around a campfire trying to come up with good stories like one finds in Aesop's fables or other fairytales as a means to relate the rights and wrongs of behavior to the masses.

Quite hilarious, man. The remarkable thing is, the author still holds on to this theory. Un-flippin'-believable!

Unlike the ancient people of the deserts and forests, we do not need to invent gods to explain nature's phenomena anymore.

How quaintly 18th Century of you! Religion-as-a-natural-phenomenon-explanation.

We have scientific evidence derived via the scientific method of analyzing the world around us. Just because we have not yet found the "missing link" in the evolution of man doesn't justify the ridiculous suppositions of the creationists.

Creationists? Oh, I see. You've made that common mistake. That's where it all starts. Creationism and Intelligent Design are quite different creatures altogether. Creationism is an account (a supplementary one at that, that never supposes to supplant science) of the order of the physical cosmos and world starting from the presuppositions of the record of creation - and the few thousand years after the initial creation - rendered in the Bible (specifically, the first nine chapters of the first book, Genesis) and interpreted literally. Although it uses scientific elements, it cannot claim to be a science. Intelligent Design, however, is a more philosophical understanding of the natural world. It's stated implication is that the cosmos is too orderly to have been put together through chaos. It argues, often through mathematics and logistics (the law professor Philip E. Johnston being a sort of Godfather of the movement) that the scientific method on its own with its inherent omission of anything outside the natural to explain any of the natural (ergo, God nor his actions can neither be a possibilities or a probability within the natural world).

ID, however, is not theologically coherent or unified. In other words, most Creationists would be classified as conservative Protestants. ID, however, although popular in these camps (hence the confusion of people who don't know the first thing about religion) is much more broad in its base is supported by those who believe that the cosmos may have been , in some ways, crafted, created or helped-along by a Higher Being. A title, by the way, that would never be supported in my church.

Evolutionary evidence is bountiful. Look through a microscope. Witness how bacteria and viruses evolve to adjust to their environment as it changes due to chemicals we throw at them.

Look at the similarity of embryos of different animals. It shows how form and function have changed over millions of years.

And...? No one is arguing against micro-evolution. Intelligent design does not argue that there is no such thing as evolution, but it is guarded against an origin of nature that is solely guided by chaotic evolution.

Intelligent design? This should presuppose that it would be perfect. Unfortunately we have the visual evidence of disease and deformity. Why would "God" allow such imperfections? It makes no sense.

Why would you put "God" in quotation marks? Are you seeking to offend or trying not to offend? What kind(s) of arguments are you making here? Theology can answer those questions. But you argue for a utopia that would sustain itself as utopia (notice, 'utopia' means 'no place'. Although Christians believe in the perfection of the creation, we believe imperfection entered the scene when mankind messed it up. However, outside of theology, your argument doesn't hold up well. Why should everything be perfect in existence just because somebody designed it? Why should everything be understood? Cancer and viruses are not beautiful or perfect. But they are abnormalities. Most everything runs fine in and of themselves.

Evolution, however, does explain the miseries of life. Creatures all, struggling to adapt, is a testimony to "survival of the fittest" . . . it is the mechanism of evolution.

Now the proponents of intelligent design expect us to consider Noah's Ark had dinos onboard. Creationists have gone from ridiculous to insane. There is no science behind intelligent design. It's not worthy of even being a theory.

Oh, there's that confusion again. It gives me hope that I may, too, one day be published in the Chicago Tribune.

They have no geologic or archeological evidence.

They lack any form of "logic."

Really? Such as checking on the facts before opining? Ad hominem attacks? Straw-Man arguments? Please, stop me when you become familiar with your tactics, A. J. Warland.

Creationists should focus their discussions on people showing goodwill toward men and the golden rule of decency because many of their leaders (in all religions) have certainly fallen far from grace.

That anyone in this day and age would even consider that an old man (though some now imagine it a woman) is sitting above the Earth in the clouds and that only 10,000 years ago decided to snap his fingers and create the enormous complexity of every living creature and plant in just six days is ludicrous.

Let the creationists use religion to guide daily behavior with how-to-be-good guidelines. (Personally I and numerous people I know don't need religion to be some of the nicest and kindest people one could ever have the pleasure of meeting.)

Religion should not be used to explain science.

Amen. I'll back you on that. The truth is, that may be the function or purpose of ID in some supporting pundits' minds.

Besides science, I do believe in historical evidence. For that I do believe that someone named Jesus walked the Earth and impacted enough lives to prompt the fireside storytellers to create the Bible.

Apparently, you don't believe in historical evidence. All right, you need to read a book. Dan Brown's crap doesn't count. Countless men and women died for these "fireside storytellers" even during that period that you would think they were making it up. Sorry, history doesn't support you. The Old Testament was in wide circulation long before Jesus walked. The New Testament was completed (whole) within seventy years of his death. There are no fireside stories in any of the canons of the Bible. You must have the Bible confused with the supposed extra-gospels of "Thomas" or "Q", works which have no historical basis with first century A.D. Judaism, in which Jesus operated or "impacted."

I do have an important question for creationists: If God supposedly created everything, then who created God?

They have no answer because it lacks logic.

You are correct. Your question does lack logic.

(Unless, of course, they change their minds and decide that God is really an E.T. . . . but that's a whole other debate.) 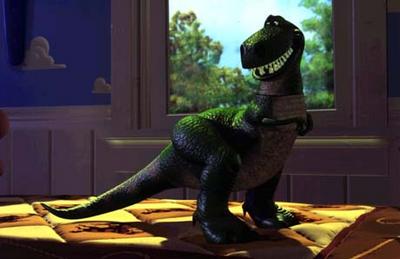 Why, o why, doesn't the Bible mention me? Is it because I look fat? Am I too ferocious?