Variously, in my slacktivism endeavors, I'll be asked if I'm envious. Or bitter. Or hateful. Or angry.

If you're not familiar with biblical language that I'm using here, allow me to elaborate.

There are various accounts of prophets in the Hebrew scriptures. Some were major, some minor, some poets.

And then there was Jonah. If you're like me, you remember Jonah as the guy who got swallowed by a whale (yes, he was pwnd).

All the prophets had words from God - messages of salvation, condemnation, warnings. The prophets had no choice but to speak the Hebrew God's words to the intended audience, whether doing so meant praise, death, or torture for the prophet, because God's words were "Shut up in my bones like fire."

They all had their messages and their particular model. Most of them were angry about injustice done to or by their people, the most famous case being Amos. As a result, most of the prophets were unpopular, viewed as grumpy, angry, crazed folk. No prophet was accepted in her or his casa, according to Jesus. Yet they felt no option but to deliver their messages, with their "tongues on fire."

Jonah was the exception. Jonah, an Israelite, was to send a message of deliverance and redemption to the Ninevites. Nineveh was the empire that ruled and subjugated Israel, and Jonah, being a proud Israelite, detested the captors.

When God told this prophet to love his enemies, he didn't turn the other cheek. He turned and fled.

So, a boat, a large storm, a straw match, an intentional man overboard, and three days in the belly of a fish later, Jonah finds himself back on the journey he despised in the first place. 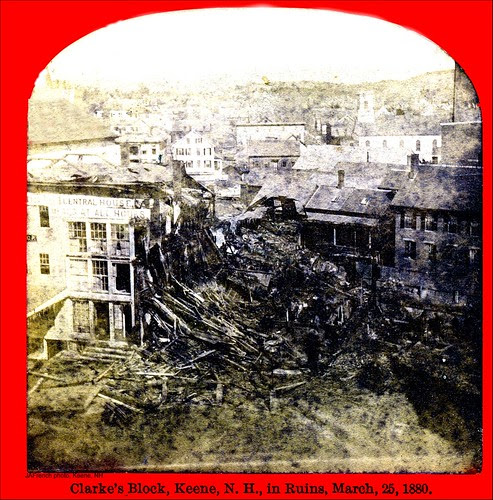 In the Message translation of the third chapter of the book:


Next, God spoke to Jonah a second time: "Up on your feet and on your way to the big city of Nineveh! Preach to them. They're in a bad way and I can't ignore it any longer." This time Jonah started off straight for Nineveh, obeying God's orders to the letter.

Nineveh was a big city, very big—it took three days to walk across it.

Jonah entered the city, went one day's walk and preached, "In forty days Nineveh will be smashed."

The people of Nineveh listened, and trusted God. They proclaimed a citywide fast and dressed in burlap to show their repentance. Everyone did it—rich and poor, famous and obscure, leaders and followers...

God saw what they had done, that they had turned away from their evil lives. He did change his mind about them. What he said he would do to them he didn't do.


One day on a three day journey. And then Jonah stops.

Jonah's heart just wasn't in this message. He didn't want reconciliation or mercy or love. He wanted what he considered to be justice. But God didn't destroy the Ninevites...

I'll post the entirety of the final passage. There are too many lessons here to ignore, and I'd like to leave it open for meditation on a few of them. But notice here Jonah's combo pack of hatred, bitterness, and envy.


Jonah was furious. He lost his temper. He yelled at God, "God! I knew it—when I was back home, I knew this was going to happen! That's why I ran off to Tarshish! I knew you were sheer grace and mercy, not easily angered, rich in love, and ready at the drop of a hat to turn your plans of punishment into a program of forgiveness! "

God said, "What do you have to be angry about?"

But Jonah just left. He went out of the city to the east and sat down in a sulk. He put together a makeshift shelter of leafy branches and sat there in the shade to see what would happen to the city.

God arranged for a broad-leafed tree to spring up. It grew over Jonah to cool him off and get him out of his angry sulk. Jonah was pleased and enjoyed the shade. Life was looking up.

But then God sent a worm. By dawn of the next day, the worm had bored into the shade tree and it withered away. The sun came up and God sent a hot, blistering wind from the east. The sun beat down on Jonah's head and he started to faint. He prayed to die: "I'm better off dead!"

Then God said to Jonah, "What right do you have to get angry about this shade tree?"
Jonah said, "Plenty of right. It's made me angry enough to die!"

God said, "What's this? How is it that you can change your feelings from pleasure to anger overnight about a mere shade tree that you did nothing to get? You neither planted nor watered it. It grew up one night and died the next night. So, why can't I likewise change what I feel about Nineveh from anger to pleasure, this big city of more than 120,000 childlike people who don't yet know right from wrong, to say nothing of all the innocent animals?"

Notice the line: What do you have to be angry about? The correct answer: Nothing. He should have rejoiced in the humility and salvation of the Ninevites.

Jonah had cultivated his anger over the injustice of the Ninevite empire and what they had done to his people into a growing and festering bitterness. And that bitterness had turned and collaborated with hatred of the personal - not philosophical - sort.

This is where the God and the messenger parted. God made it clear that he sought to give the Ninevites a chance to change their ways. Jonah in no way wanted that chance to occur, ran away, reluctantly and poorly and half-a33edly did his part, and then sat up a one-man theater, eager for the pyrotechnics. Wherein all the inhabitants of a major metropolis would be extinguished.

And when that didn't transpire, Jonah sulked like a child who didn't receive his pony. This might've bothered God if God were a contemporary politician. Then maybe God would've decided to cave into the blood-lust demographic. But the Hebrew God was much more concerned about the lives of 120,000 uneducated folks then in appeasing the vengeance crowd.

And then Jonah got some reprieve from his subsiding hatred-and-bitterness anger. A vine gave him some nice shade from the brutal sun. And he enjoyed his material comforts and obviously felt entitled to them. Life was finally looking up for Ol' Jonah, huh?* He quite literally had it made in the shade. 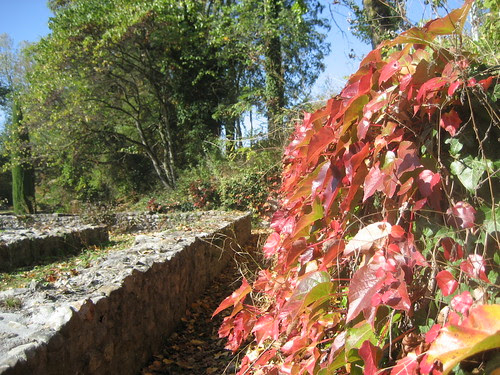 So when the vine wilted, he was triply angry. This anger, though, was filled by bitterness, hatred, and envy now.

Envy, despite what the mouthpieces of the elites try to convince us, is when one wants what others have - but doesn't need - solely for himself and is consumed by it. Jonah had it all, and he wanted an extra step of mercy - to the point where he was further angered by it. Envy however, ISN'T wanting for all to have equally. That would be JUSTICE.

The mouthpieces of the Triple Angry Crowd are awfully confused about what is right and what is evil here.

It is evil to be selfish. It is the work of evil that allows envy and greed and bitterness and wrath to consume us. And that is something that every person needs to be vigilant against (ftr, much of the American left is filled with righteous indignation that sometimes becomes bitterness).

So, yes, I'm angry. There are many other emotions that I tap into, but I can't help but look at the injustice in the world and be a bit troubled, a bit angry at the least. I try to watch, though, so I don't allow that anger to burn over and smother and incapacitate love. It's important to see humanity in every person, but there are going to be times when that's just a simplistic answer for a hurting people.

The trick, I think, is not to let righteous anger turn into a Jonah.