Third in a series of three.
Part 1 on Broken Telegraph. Part 2 here.
We often believe that things are more equitable than they are and that the things that are really wrong will be fixed soon. We believe that one extraordinary person can and should rise up to the challenges of the day. And we often believe that - with just the proper opportunities in just the right time - that person may be me.

Alas, it's all merely a socio-psychological trick.

A very small percentage of the population controls the vast majority of currency and holds the vast majority of wealth. And then they tell us that we are individuals who fully control our destinies while filling our airwaves and imagination with anecdotal evidence – stories of courageous individuals who have risen from the mud to the tops of wealth by clinging and clawing with their very own bootstraps.
Generally speaking, most people around the world know where their place is on the totem pole. It's at the bottom. In the United States, however, things that should be clear are haze-like. We know things aren't right, but we're induced to believe that it will all change soon enough. And some of us do make it. Most of us get by - or seem to get by. Just enough to the point where we're not so concerned to make revolutionary action.
Meanwhile, quite a few of us drown. 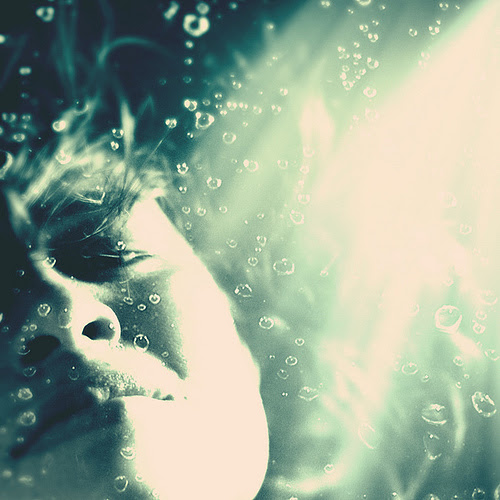 photo © 2011 Aimanness Photography | more info (via: Wylio)
The following was a comment on a New York Times article quoted the other day here. It's a perfect encapsulation of the ego-centricism of the American Dream.

Social Mobility remains possible, but only if one has knowledge of their position and is willing to make sacrafices. This usually means giving up most of your friends and sidelining your family go to a fairly high end college for a marketable degree, and moving to an area where you can make good connections. You have to set high goals and fight to achieve them, and leave behind negative influences in your life, which in this case would be anyone making less than you want to earn.

Most people who grow up in a poor background tend to be risk adverse and want to stay with familiar things. They feel that family connections and approval are more important that success, and are not willing to sacrafice everything to climb the social and economic ladder. So they work a so-so job and don't set their goals high, and remain in the poverty trap.

That's the key to happiness, apparently. Get rid of meaningful relationships. Want your daughters to have the finest clothes and doctors money can possibly buy? Say goodbye; you won't have time for them, you'll be too important and busy being busy and important so that your absence shows that you care - or so that they can even get food on their tables. They're worth only what you're worth. And so relationships, others, communities, don't mean a thing.
That's how we save relationships - by destroying them?
-------
As many Americans did, I grew up daydreaming to the intoxicating rhythms and melody of the American Dream. And in this dream, I'm wealthy. I'm wealthy enough to be able to run my own little empire.
It's a shared dream - this essence of the American mythos. The idea that, with enough talent and/or hard work, you can achieve much wealth and happiness, you can make it in this land of opportunity.
It seems that only now are typical Americans starting to realize that something is wrong with the Dream. That it's not working for them like it should be.
But it never really worked for them in the first place. It's not just broke - it was never meant to work for us. If Divide and Conquer is the first rule of elitist success, certainly the second rule is Give them False Hope. The false hope here is that *we* can be like *them*. More specifically, that *I* can be like *them*.
The most entrancing part of the lie is that you can do it all on your own. The biggest, most effective lie is that we are all individuals, fully capable of making our own destinies by ourselves.
But we don't live nor act alone or separate. We cannot make an action without in some way affecting our environment - which invariably includes other people. The counter is true. What others do, affects us. When an individual has more power, he also has more impact on the environment and on others.
The wealthy know that the common individual cannot affect tremendous change on her own (at least not without significant aid and luck); the wealthy do not buy their own myth -that's what we do. So here's where we are stuck, running this mythology in our heads - believing it, breathing it to such an extent that we can't rise above.
But that's exactly what we need to do. Realize that separate and alone and divided and distracted on our rich dreams, we are weak. We're like the ants in A Bug's Life trying to ward off the thugocracy on our own or allowing others to attempt it for us, not aware that we have the power among us. That we need to combine all our resources, courage, and creativity to work to make a place that fits all of us.

That means Republicans, Green Partiers, Tea Partiers, Democrats, immigrants, lesbians, Muslims, Buddhists, Fundamentalists, queers, Quakers, homophobes, criminals, cops, racists, judges, preachers, retailers, ditch diggers, feminists, anti-racists, African Americans, Latinos, Latin Americans, clerks, beauticians, morticians, anarchists, teens, seniors, teachers, the illiterate, single mothers, Boomers, hip hop heads, Elvis groupies ... We are all in this together, even though we've been unconsciously persuaded to believe we're not.
We must bury our tribalism and reach across borders. We must connect to any willing to connect and rise above the I's of tribalism and individualism. (Of course that would mean that racists, xenophobes, and homophobes would begin changing into something fully different. But grace and listening and learning tends to do that.)
That would be the primary method of revolution - to come together and recognize our own shared humanity.
Written by jasdye at 6:00 AM