Evangelicals and The Good News: through Derek Webb and a blogger

@derekwebbderek webb
dear angry bloggers: you're barking up the wrong tree. i will not respond to or encourage your bullying.
30 Dec via Twitter for iPhone Favorite Retweet Reply
What is Frank Turk's big deal with Webb's interview? It, apparently, is that Webb, the somewhat controversial Christian singer/songwriter who addresses Christian issues head on, doesn't give a correct interpretation of what the gospel message is in the interview. According to Frank Turk, what one needs to talk about in addressing the issue of the gospel isn't the message of Jesus and love, it isn't the good news of peace and freedom and shalom and acceptance and "Come onto me all ye who are weary and heavy-laden" and healing and being made whole again. The Gospel Message, according to Frank Turk, is centered around Frank Turk. And Derek Webb should have acknowledged that during his interview, according to Frank Turk.

The key note of the Gospel, Derek, is the need for it. I am well-known in this little backwater of the internet for saying that any random sinner is "just like me"... The problem with that is that Jesus didn't die to establish common ground, Derek: Jesus died because the wages of sin is death, and that's the common ground of all men of all times and all places. I may actually be worse-off than the homosexual, morally: my sins may be more wide-spread and more deeply-rooted (which is an interesting question, given your position here; again: more on that in a second). But what that does not do is mitigate the fact that the homosexual's sin is actually an offense to God from which he must repent, and not merely recognize as a different expression of self.

What was it that Webb said that was so morally offensive to Turk? This!:

One of the hallmarks of following Jesus is to pursue and love people who are different than we are and have different beliefs than we do, and to live our lives loving, understanding and coming into common ground with those people.

Yes, I know what you're thinking! OmygourdshowDAREhe! 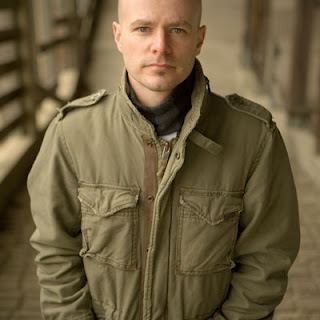 Of course, Webb isn't talking about presenting the Gospel Message as Turk and others narrowly define it. Rather, Webb is speaking about what should be fundamentally understood - and yet isn't - as living the gospel out loud: pursuing and loving people who are different than we are. That is the radical Way of Jesus.
Turk and Evangelicals in general pretend that if you just yell at people enough about their deficiencies, they'll get their need for Jesus. And then they'll automatically want to flock to the same leader/god that makes people like Turk and other Evangelicals yell at them. Because they love the abuse cycle and don't want to get off.

Sorry, Turk, but Jesus demonstrated a new life by actually demonstrating it. Not by hanging out until his brutal death. Or by delivering monologues. Or by writing really horrible Open Letters to songwriters who really don't want to be bothered by him anymore.

But enough about Turk. Read the entire interview here. But this is the part I'm in love with:

A lot of "Christian art" is about the lens [Christian artists are] looking through, rather than the world they see through it. I'm not going to criticize anybody for doing that, but I would rather look at the world through the grid of following Jesus and tell you what I see. But that doesn't presume that all the art I'm going to make will be about following Jesus.

The year I made Stockholm Syndrome, there were a lot of triggers that brought issues of race and sexuality to my mind. I have a lot of friends and family that have suffered because of the church's judgment; my best friend in the world is gay. I felt a lot of people around me drawing lines in the sand, and that year I decided: I don't want to draw lines and have to be on one side or the other, but if someone's going to push me to one or the other side of the line, I'm going to stand on the side of those being judged because that's where I feel Jesus meets people. Making Stockholm Syndrome was about that journey. That same lens, this year, brought Feedback to life.

I can't help but agree with that statement. We take the lens - our Christianity, or our theology, or our particular brand of theology/philosophy - and we talk about that so much that it's lost all meaning to the real world. The lens (theology/doctrine/'Gospel Message') becomes more important than the object (our neighbors) or the subject (God). It's yet another reason that, if I weren't a Christian and the only image of Christianity I were to see were evidenced in his open letter, I would never be a Christian.
Webb's detractors don't understand that.
Post-Script:
Derek himself writes a great response to the whole controversy, of which I'll just pluck out a few gems:

if you see a brother or sister online (even if they’re a total stranger to you) engaging in behavior or espousing ideas that seem contrary to your view of clear biblical teaching, here is a proven and rigorously practiced method for providing them with accountability and ultimately bringing them to repentance...
fire off a few suspicious, even pre-judgmental and leading tweets (e.g., “looks like i was right about [insert name]. have you seen this? [insert shortened link]” or “so sad to see [insert name] totally abandoning the faith. glad i unfollowed [him/her] a year ago”). this will show your clear concern for their spiritual well-being and restoration right from the get go...
as shown in the many examples of shepherds mocking and shaming wandering sheep in the bible, a public shaming can be very useful in restoring a lost brother or sister to the faith.
lastly, and THIS IS IMPORTANT, remember that once you’ve engaged someone online with the intention of holding them accountable based on all or any part of this method, they are MORALLY OBLIGATED to respond to you. if they don’t respond, it’s a clear indication that they are indeed guilty of the sinful behavior that you have publicly accused them of...

Nasty business, it is...
PPS:
I just realized that I forgot to put up the link to that non-reply reply. Please forgive my failure.
Written by jasdye at 4:08 PM