Putting Mouths Where the Money Is

Well, it seems my conservative Christian friends will finally get their chance to prove how awesome and correct they are if the House has its way. Representative Paul Ryan "aims to empower" those closest to the problem of poverty to do something about it by... Well, by putting the onus of caring for the poor directly and squarely and solely on their lap.

As Bread for the World notes, Congress is planning on leaving such a humongous multi-billion dollar hole (169,000,000,000 smackeroonis, in fact) in food assistance benefits that thousands upon thousands of families will starve. A few members of said Congress whom are proposing these cuts suggested that local religious organizations should plug in that hole. What they failed to mention is that each and every church or religious congregation in the US would have to pony up roughly $50,000 a year just to make up for this shortchange.

The suggestion that churches rather than government should serve the poor is, in other words, foolishness that comes out of the mouths of people with little direct involvement in the actual work of food pantries, soup kitchens, congregational work (or lack thereof), church finances, congregational politics.

First, it's not an either/or issue. Local parishes/synagogues/mosques cannot possibly cover this need on their own, but they play an integral part of a much larger whole. Secondly, though there is a lot of money invested in our churches, most of it is centralized and/or tied into real estate which is not so easy to liquidate.

Which is not to say that congregations can't put in more than they are currently. Nor that communities shouldn't be the center of aid. But all of our interactions are, as a friend recently put it, outsourced. Which means, partially, that we need to recover them. Which means that we need to recover property that's centralized, which largely goes to profit for the benefit of a few. A few of whom go to big churches, where the majority of liquid church assets are apparently centralized. 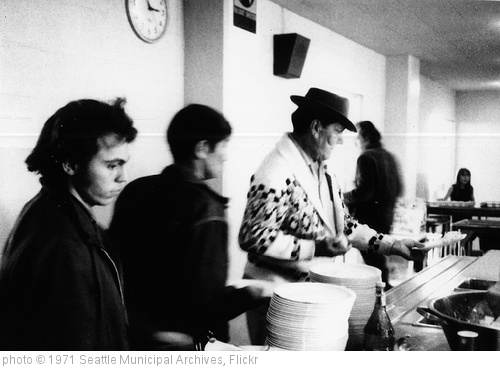 Of course, it's all much more complicated than the way it appears here. Most churches that I've run into - tax-free or not - don't have that kind of money - even if they weren't to pay their light bills, heating, and the cost for the essential staff. Certainly not in those areas where the need is great. A few megachurches easily spend that much money and maybe more aiding some of the smaller churches in their sphere of influence. But there's no way that a Willow Creek - for instance - could possibly keep up with the needs of the most needy of such churches in its metro area, even splitting with other area megachurches.

And that's just in terms of just the money for the aid. What of workers?

There are good ways to fight poverty locally (I argue for local sustainability), there are barely adequate, problematic ways (relying on a greedy, full-of-itself, centralized US Congress, for instance), and then there are the ways of people who've maybe spent a couple days in food ministry and who spot a few people "misusing" food benefits and therefore give the US Congress a justification out of their basic moral obligation. But actual people starve when we say such stupid, ignorant bunk. "Deserving" or not.*

American Christians, join in the efforts of your local food pantry, soup kitchen, homeless outreach for about ten years. Limit your budget to about ten thousand a year for a few years (Oh, what's that? You got a family, you say? Ok, 18,000, then), while leasing - or trying to pay mortgage (Note: college years don't count). Evangelicals: Meet up with your local Christian Community Development Association-connected ministry and run your ideas by them. Catholics: I can think of any number of impoverished parishes you could join and assist.

Then feel free to speak up about the "unworthy" poor, or how the government is just getting in the way of volunteer and charity efforts.

Or, think about it in terms of cracks. What do you do when you see people falling through the cracks? You help them out, right? But what if those cracks are too big for you and all your friends to help out the millions of people falling through them? What if everybody around you was poor and in need of basic food? What do you do then? You seek assistance from where you can find it - even if it feels degrading to ask the government to help your family eat because you just don't make enough.

If this is not news to you, if you believe that the work of TANF is necessary to the survival of families and workers and the unemployed, please sign this petition.