A few days ago, our friend Alise (aka, Allison) Wright said:

The ensuing dialog got me to write my very own status:

Who passed around the memo that says that tolerance (willing to abide with those who are different than you) is supposed to mean blind support for intolerance? If someone hates others for their differences, and then makes up willfully ignorant excuses as to why he hates them, I *don't* have to put up with that bull****.

Among the many interesting discussions we had around this and around the ensuing discussions that followed was a little foray into what the word tolerance actually means.And this is where I disagree with many. When some talk of tolerance, they are speaking in a First Amendment sense: The right of people to speak whatever they believe or want to say without government interference.

In the First Amendment sense, of course, everybody has that right. What I don't like is the idea that because somebody has a right to say whatever they feel like (a radio talk show host repeats the term, "Ni**er, Ni**er, Ni**er", for instance, or a blogger says that homosexuals want more rights than straight people, because they want to "gay-marry" on top "straight-marry"), that I'm supposed to - as an enlightened, tolerant fellow - accept their statements without criticizing them. 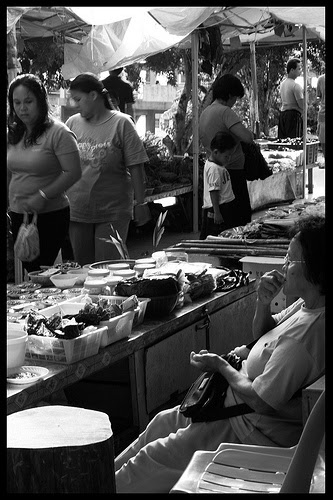 photo © 2009 Howe Kee Wong | more info (via: Wylio)They argue that it's the only tolerant thing to do. Apparently, they don't understand the essence of tolerance, just some sort of self-serving form of it.

What they are asking for is not only NOT tolerance, it's also not Freedom of Speech.

In grade school, we were taught that each one has the right to express himself, to make herself heard, unencumbered by the federal government (though I'm not quite sure how that works in broadcast - since it's obviously not unencumbered by federal regulations...). While there are other censors out there (monied interests, for instance; gatekeepers; self-preservation), the main idea that most of us growing up with an American education have been taught is that we live in a marketplace of ideas. This marketplace is a sort of competition in the open fields where the best ideas try to outshine each other to grab the American conscience. 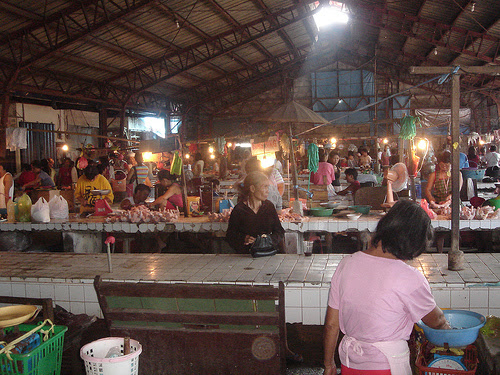 photo © 2006 Glen | more info (via: Wylio)As flawed as this comparison truly is (for one, its need for retail / consumer analogies), it is still the best picture we collectively share for how FoS works. For every Neo-Nazi that floats an idea out, an anti-racist can respond to it in a million other ways. It's not intolerant if the anti-racist objects to the racist's claims. That's actually free speech in practice. That's the idea of the marketplace of ideas.

The intolerance would come if the anti-racist would criminalize the racist before the racist did anything violent - recognizing however that some forms of speech/expression are violent calls of aggression (the 'n****r' word in certain circumstances. Calling out for armed rebellion, for others). This is especially true among racists.

What we need is more tolerance. Not more hateful/hurtful ideas being bandied about. Nor the excuse that not accepting those hateful ideas is, in itself, intolerant. But actual, living, breathing tolerance.

Then maybe we could move on to hearing each other out and living in community.
Written by jasdye at 12:27 PM