Never Do a Bilandic Again.

Haven't blogged for most of the week for this simple reason:
MegaThunderBlizzard!!
Apparently, the third biggest snowfall in Chicago, plus gusts going at tropical storm speeds (not really, but for all the noise about The Windy City, this was nearly tornado-y), and snow accumulating at two inches per hour overnight while the thunder was a-cracking and the lightning was a-bursting makes for closed work, closed schools, and shuttled internet connection appointments.

Sometimes, of course, they don't even tell you when they've canceled your appointment. Nor reschedule you.

Fortunately, we moved all of our stuff before the Great Blizzard of '11.

FTR, in Chicago, these Great Blizzards - great enough where the public schools are actually shut down for one or two days - happens about once every fifteen years or so. Another time that it happened in February, the entrenched mayor had sent all of his patronage workers to work campaigning for his re-election. As a result, the city was not prepared for the grinding that so much snow brought upon the city. And it stayed trapped for days on end. Additionally, trains would pass by Black neighborhoods to pick up residents from the western suburbs and bring them to their downtown jobs - when they were working. The lesson learned for Chicago that New York may soon learn? Never Do A Bilandic. 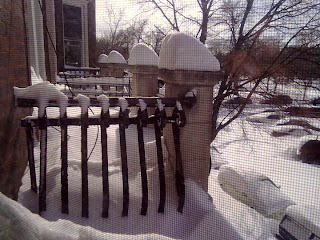 Comfortable view from our new apartment. 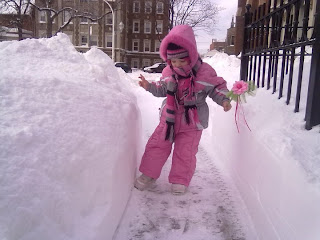 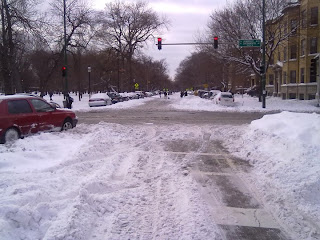 Neighbors being neighborly - helping each other to pull out of their parking spaces. 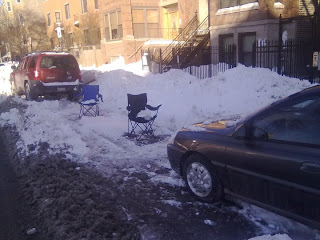 Lawn chairs are as much of a Chicagoland infamous legacy as the Daley's, parking meters, and the Outfit. Also not to be messed with.
Written by jasdye at 11:11 AM

Email ThisBlogThis!Share to TwitterShare to FacebookShare to Pinterest
Labels: Blizzard, Chicago, Life, Talk about the Weather