Weapons of Our Warfare: Hope

Hope in many ways is the anti-sarcasm. Whereas sarcasm calls out, hope speaks into. Whereas sarcasm cuts and explodes, hope seeks to heal and mend. Yet, the two are not mutually exclusive. Indeed, sarcasm works best when it's enveloped in hope - hope steels sarcasm against the aggressive tides of cynicism.
If sarcasm is a means of contention, hope allows us to contest with a vision to ultimately restore.

The late great educator Howard Zinn says it better than I could hope to, and with a wee bit more mileage under him, I think his words are more trustworthy as well:

To be hopeful in bad times is not just foolishly romantic. It is based on the fact that human history is a history not only of cruelty, but also of compassion, sacrifice, courage, kindness. What we choose to emphasize in this complex history will determine our lives. If we see only the worst, it destroys our capacity to do something. If we remember those times and places—and there are so many—where people have behaved magniﬁcently, this gives us the energy to act, and at least the possibility of sending this spinning top of a world in a different direction. And if we do act, in however small a way, we don’t have to wait for some grand utopian future. The future is an inﬁnite succession of presents, and to live now as we think human beings should live, in deﬁance of all that is bad around us, is itself a marvelous victory.

If sarcasm is to be rarely used, hope is an integral weapon in our battles. We should never just hope that we will win, however, but that we may win over and, indeed, not just change our enemies into bitter, mortal enemies, but to change both themselves and ourselves into better people (this of course is getting into my fourth weapon, the other great overlapping one).
Hope gives us both inspiration and direction. Hope is knowing that the sun will indeed rise even while we are in the midst of the darkest hours. The Civil Rights movement, the Anti-Apartheid movement, Poland's Solidarity - these were all envisioned and sustained by the deep calls of hope. Hope against hope got young and old women and men up day after day after bloody and bludgeoned day to fight off the shackles of their enslavement, to believe that their battered and broken bodies were the ransom for their freedom and their children's - and children's children's - freedom. Hope kept them from cracking like glass under the strain and giving up, resigning to the world's typical predicaments - that, "what was will always be," that, "this is the way it is, somethings will never change."
Yet, because of their courage - both buoyed and pressed forward by hope - the world is a slightly better place.
It will be hope that springs us forward and yet keeps us grounded in the hard, day-by-day task of ending child abduction and the sex trade, that will allow us to end all forms of slavery, that will allow nations like the US to welcome the immigrant without fearing for its identity or survival, that will see the day when each person is treated with dignity, respect, and honor on the streets and in the boardrooms and throughout the penal system - regardless of their sex, sexual preference, color of skin, ethnicity, or religion. It will be hope that will allow us to see freedom, or at the least its borders. 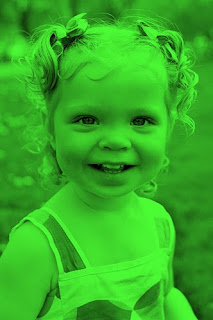 Because we dream of a free, democratic Iran.
Written by jasdye at 6:00 AM